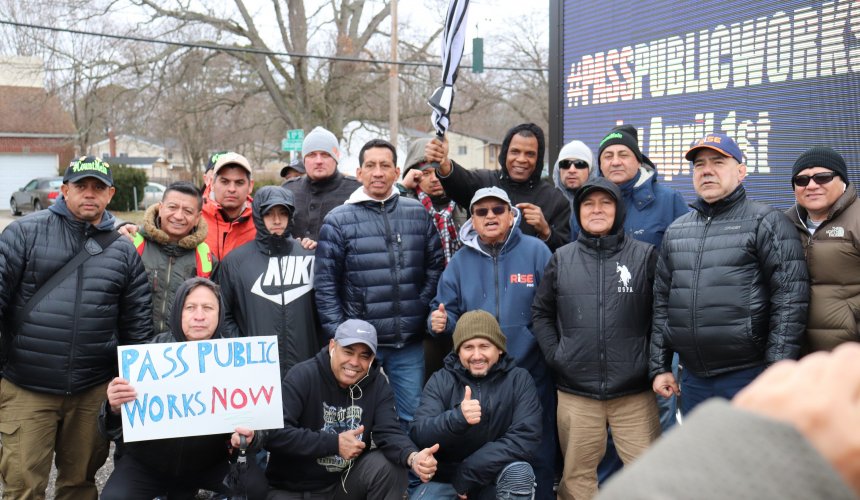 Letters: The debate over a prevailing wage in New York

The Newsday editorial board is recklessly misinformed in claiming that a prevailing wage mandate on state-funded projects could hurt the business community and local economy [“Don’t rush a new law on prevailing wage,” Editorial, March 15].

Deep-pocketed developers want you to believe Long Island development will grind to a halt if New York passes such legislation so they can increase profits by exploiting workers with poverty-level wages.

Long Island isn’t cheap. Area-standard wages allow the middle class to not just survive, but thrive. When workers thrive, so does the economy. Mandating prevailing wages on subsidized projects would generate up to about $7 million annually in additional sales tax revenue, according to the Economic Policy Institute, a think tank in Washington.

By mandating wage standards on publicly funded projects, 16 states lead New York in ensuring that taxpayers receive the greatest return on investment. Businesses still profit, but not at a cost to local economies.

There is tremendous support for a comprehensive definition of public work from lawmakers, including Gov. Andrew M. Cuomo and four of our Long Island state senators who have co-sponsored the legislation.

Editor’s note: The writer is business manager and secretary-treasurer of Laborers Local 66.

Terry O’Sullivan, General President of #LIUNA made the following statement on the thousands of construction jobs ki… https://t.co/mb1aGefKeG

Terry O’Sullivan, General President of #LIUNA made the following statement on today’s ruling on the Dakota Access P… https://t.co/sZCJ1TOpT4

Demand Economic, Social and Racial Justice: What Working People Are Doing This Week