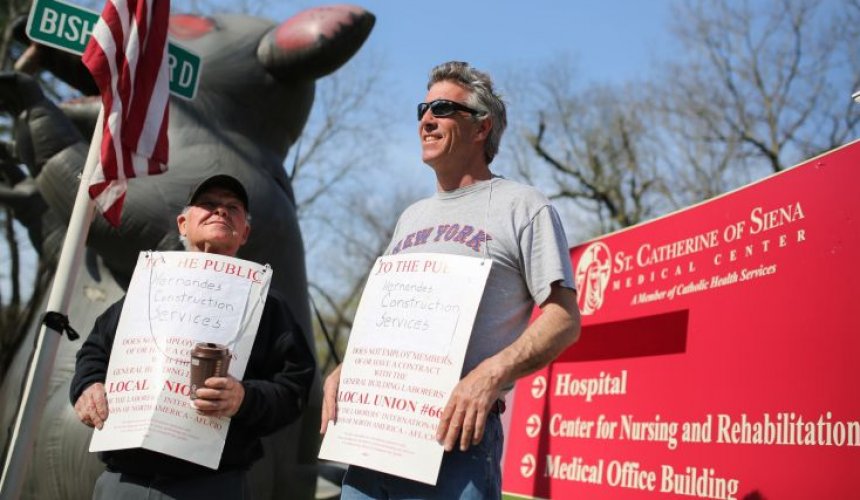 This article was written by Newsday.

A new buy-local, hire-local policy will give Long Island contractors more chances to vie for work on projects that receive tax breaks from Suffolk County.

All developers that win tax aid from the county’s Industrial Development Agency for new construction and renovation projects must publicly solicit bids for that work through the agency under the policy adopted this month.

The bid notices "shall contain at a minimum the scope of the contract, anticipated start and end dates, methodology for prospective bidders to submit a bid and deadline for bid submission," states the amended Long Island First Policy. "All notices will be publicly available via the IDA’s website: suffolkida.org."

Developers also are required to "maintain documentation of their efforts to comply with this policy," including annual spending reports and "an explanation of why they elected not to hire a Long Island-based provider" for the project, states the amended policy. Failure to do so "may result in the reduction, loss or recapture of IDA benefits."

Still, the Suffolk IDA cannot compel developers to use Long Island-based businesses and workers because to do so would violate the U.S. government’s constitutional power to regulate interstate commerce, according to IDA attorney William Wexler.

The Long Island First Policy has been around for nearly 10 years, written by then-IDA secretary and business broker Steve Rossetti. But recently, construction unions and local politicians have called for strengthening the policy after some IDA clients hired out-of-state contractors or contractors employed workers who don’t live on the Island.

Union members protested the Hartz Mountain warehouse project in Melville earlier this year, renovations to the Siena Village housing development in Smithtown in 2016 and expansion of Walt Whitman Shops in Huntington Station in 2012, among others.

The amended buy-local, hire-local policy "will create enhanced opportunities for local businesses when investments are being made in [Suffolk County] with IDA assistance," said IDA board chair Natalie Wright, who also serves as County Executive Steve Bellone’s economic development chief.

The amended policy was approved unanimously by the IDA board, which consists of volunteers drawn from the business, labor and nonprofit communities. Board members, together with county Labor Commissioner Rosalie Drago and representatives of unions and real estate developers, have been negotiating the policy changes for about one year.

The policy was endorsed by two umbrella groups of unions: Long Island Federation of Labor and Nassau-Suffolk Building and Construction Trades Council.

Matthew Aracich, president of the buildings trades council, told Newsday last week that he will lobby the region’s other seven IDAs to adopt similar written requirements.

The Nassau County IDA has had a verbal buy-local, hire-local policy for at least 17 years.

"We recognize that consideration was given to expand the level of transparency and compliance of the Long Island First Policy," said Aracich, a former business manager of Local 12 of the Heat & Frost Insulators union. "It is clear that we have all worked in unison and succeeded in finding ways to make this policy fair while tempering expectations."

"Any effort to encourage more Long Island companies to compete for work will only bolster our economy," he said, adding the amended policy will identify deficiencies in local construction services and employee skills so that they can be remedied.

Besides encouraging the use of local contractors and construction workers, the amended policy clarifies the 10-year-old suggestion that IDA clients "to the greatest extent possible … consider purchasing goods and services from Long Island-based providers."

The providers are now defined as those with a facility in Nassau or Suffolk, a history of working here and whose workforce is primarily Long Islanders.

Much of the attention given to the Long Island First Policy has revolved around hiring local construction workers. But Brian Beedenbender, an IDA board member and sales executive, said, "This policy also includes a lot about where people buy the materials that they use when they build a new building or have a new expansion – and I think that’s equally important."