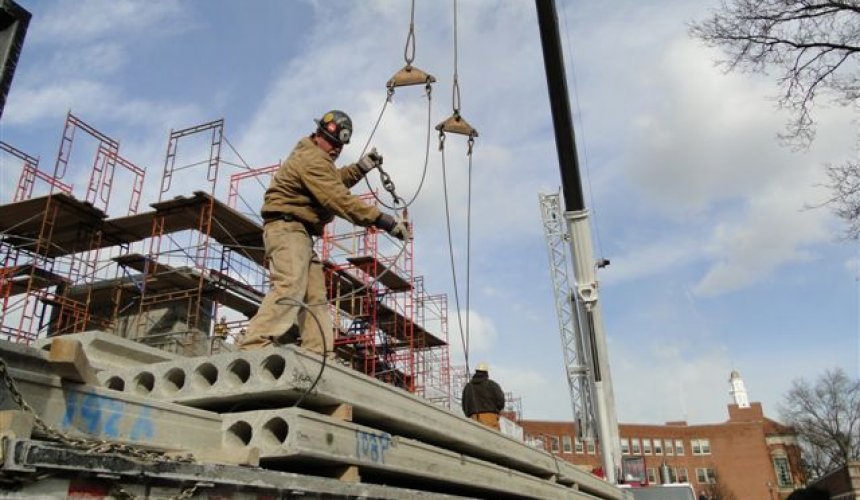 Deal calls for union labor to be used on Coliseum renovations

This article was first published in Newsday.

Developer Bruce Ratner has reached a deal with local construction unions to allow renovations to begin at the Nassau Coliseum using only union employees.

Ratner and Dick O'Kane, president of the Nassau Suffolk Building and Trades Council, are expected to sign an agreement detailing the conditions of a collective bargaining pact between the developer and the unions soon, officials said.

The Coliseum renovations, including downsizing the arena to 13,000 seats, will begin in the near future, said Ratner spokeswoman Ashley Cotton.

Ratner's team took over the Coliseum Aug. 1 and has spent the past month performing environmental tests on the arena. Crews have removed outside signage, and interior fixtures and furniture, and have begun disconnecting food service equipment.

"This preparation and ongoing activity are important steps forward in our efforts to bring Long Islanders the re-imagined venue they deserve," said Ratner, executive chairman of Forest City Ratner Cos. in Brooklyn. "As we continue with our development plans, I am thrilled that the work will be done by the men and women of the local unions."

A deal between Ratner and the unions was expected last month. But the agreement was delayed because of a dispute over the use of union labor to build the interior of a proposed 188,000-square-foot retail and entertainment complex. That issue remains unsettled.

Ratner's lease with Nassau stipulates that the arena renovation and construction of the exterior of the retail complex must be done by unions. The contract does not mandate the use of union labor for the interior construction of the complex, such as interior electrical and plumbing work.

Ratner agreed to amend the contract and extend the project labor agreement for all phases of the project, but only if unions reduced their price for the entire development by 20 percent, O'Kane said.

The unions refused to cut their wages, so the contract remains unchanged and the agreement will not be extended for the interior construction, officials said.

But O'Kane said the agreement calls for Ratner to "encourage" tenants at the entertainment complex, which will include a 1,500-seat movie theater, four restaurants and retail stores, to use union workers to maintain "labor harmony."

"There was no sense to carry on with this," said O'Kane of the union negotiations. "We wanted to move forward."

O'Kane declined to say if his members would protest or picket the site if nonunion labor is ultimately used for the retail and entertainment complex.

Ratner's subsidiary, Nassau Events Center LLC, is expected to spend $260.5 million overall on the project, including $91 million from Chinese investors.

John Durso, president of the 250,000-member Long Island Federation of Labor, said the agreement will "provide excellent wages and benefits for union tradesmen. This means good jobs for our members and dollars flowing into our communities."

Cotton said the arena renovations are on schedule, with the revamped Coliseum set to reopen in December 2016.

Nassau Events Center also announced it has have secured a naming rights partner for the entire complex and will disclose the identity of the company this fall. The arena will maintain the name Nassau Veterans Memorial Coliseum.

"Union members often have more leverage than other workers to ensure safe working conditions and to negotiate salar… https://t.co/Ke7V3MFe2q

We are STRONGER together! Like and retweet if you agree... #1U #UnionStrong #InItTogether https://t.co/4nqlHiUpcO

On the Road to Helping Union Families

#MemorialDay2020: In the States Roundup