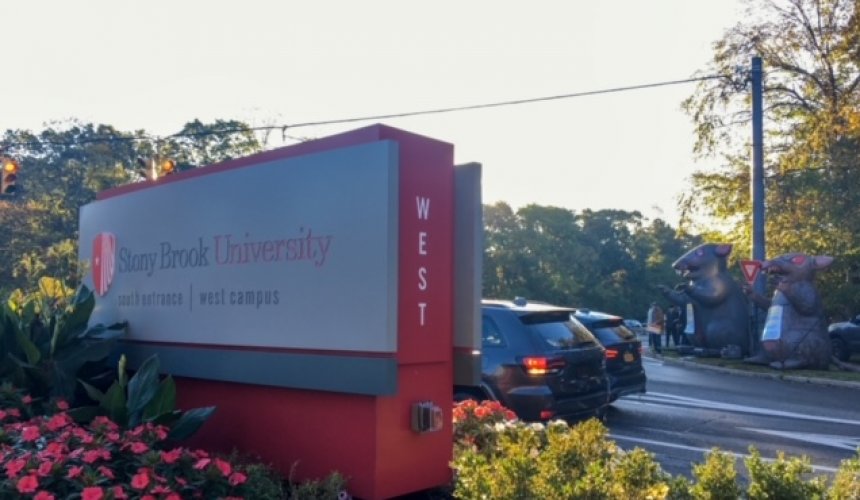 The Building and Construction Trades Council of Nassau and Suffolk Counties and affiliated unions greeted drivers on the morning of Nov. 2 at the south entrance of campus with several red-eyed inflatable rats and an open casket as they protested Niram Construction’s $37 million contract with the State University Construction Fund (SUCF).

The SUCF has hired Niram, a non-union construction company based in New Jersey, to restore the Javits Lecture Center, which is one of the many reasons local union workers will demonstrate this week on campus. The United University Professions (UUP) chapter at Stony Brook is also taking part in the demonstration.

“They’re using public money to fund this job. There should be local contractors and local residents on this job performing the work instead of having the money go back to Jersey,” Anthony Speziale, an organizer for Laborers Local 66, said.

The local union workers also have concerns over Niram Construction’s history of violations from the Occupational Safety and Health Administration (OSHA).

“For projects like this, New York State requires that the company pay Suffolk County prevailing wages to whomever they hire on the project, union or non-union. SUCF has verified that all workers on the Javits project have been paid prevailing wage as appropriate,” University officials said.

Protests from The Building and Construction Trades Council of Nassau and Suffolk Counties began at 7:30 a.m. this Monday and will continue throughout the week at the north entrance of the University.