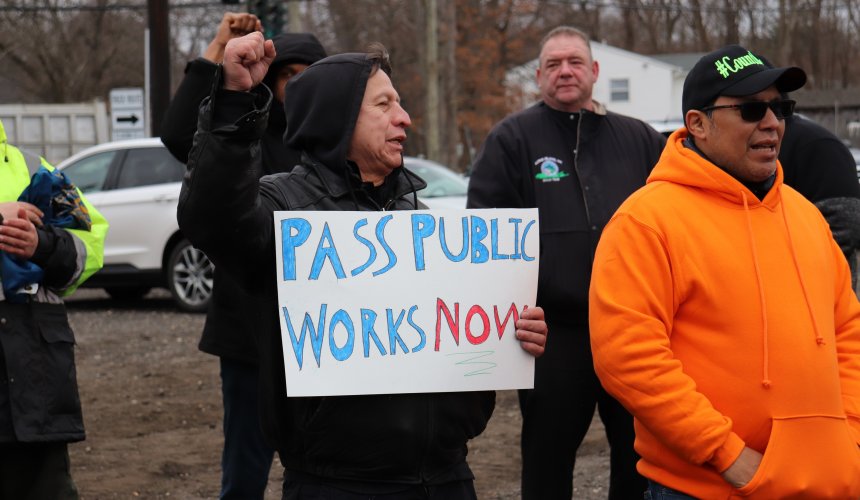 This editorial first appeared in the LIBN.

New York faces a statewide problem related to public works. Despite what some may say, if this issue is left unresolved it could have disastrous implications for business, hurting both contractors and workers in New York State.

The lack of a clear definition of public works has created a loophole that can be exploited by bad actors to take millions in public subsidies, turn around and hire out of state contractors and pay workers poverty-level wages. The consequences for New York are vast. Tax dollars meant to invest in local companies and spur economic development are funneling into the back pockets of unscrupulous developers and millions in foregone tax revenue continues to accrue.

Legislation in both houses of the state Legislature in Albany would provide the statewide solution New York needs – from Western New York to New York City, from the North Country to Long Island.

Opponents claim public works legislation would increase the cost of construction and impede economic growth, but when you look at the numbers, this is far off the mark. Far from slowing economic growth, public works legislation would significantly boost the economy both upstate and down, first and foremost: through tax revenue.

Mandating wage standards and taxpayer benefits on projects that received public funding would produce an additional $3.5-6.9 million annual sales tax revenue. At present, local contractors lose out in the bidding process to out-of-state contractors that pay poverty-level wages to gain a competitive advantage.  Leveling the playing field so that in-state contractors can compete would ensure these tax dollars stay in New York.

Additionally, the payment of prevailing wages often encourages a more skilled, localized workforce. Skilled workers minimize costs by increasing efficiency and decreasing the amount of time needed to complete a project. A clear definition of public works has the potential to actually reduce overall project costs.

Furthermore, public works legislation would strengthen industries outside of construction including insurance, financial services, health care and the restaurant industry, the combination of which would add billions in revenue and produce thousands of jobs.

Long Island knows the toll that exploitation of the public works loophole has taken and the Wyandanch Rising redevelopment project in Suffolk County is a prime example. This project received $150 million in public funds with no wage or other work standards attached. The result: out-of-state contractors did the work.

Thanks to the lack of legislation around public works, this was a missed opportunity for a local contractor to win the work and hire a local workforce that would have been paid family-sustaining wages and benefits. Instead, our taxpayer dollars are being driven out of the state, as out-of-state contractors and workers are spending income earned here in their home state. By not finding a public works solution, we are boosting the economies of other states at the expense of our own.

Those that fear legislation creating a comprehensive definition of public works must consider the cost of the current loophole. Passing the proposed legislation would boost the economy, empower local business and ensure taxpayer money supports career-track jobs for New Yorkers.

It’s time the business community, workers and the general public got a return on their investment. But Albany can’t sit on its hands any longer. Businesses like mine across the state need this legislation now and the end of session is rapidly approaching.

Ron Parr leads the commercial and industrial division of the Parr Organization, a construction and development company serving Long Island for more than 50 years.