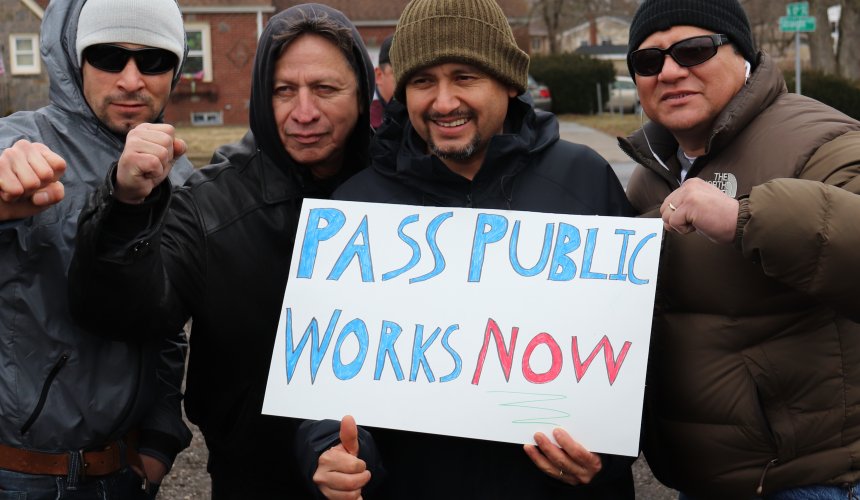 The House of Representatives voted 213-140 yesterday to pass SB 271, which would require prevailing wages on state-funded public works projects.

“All workers employed by or on behalf of any contractor, subcontractor, or hiring agent engaged in the construction of public works for the state of New Hampshire or any agency, officer, board, commission, or authorized agent of the state shall be paid a wage of not less than the minimum prevailing hourly rate of wages and benefits for work of a similar character in the county in which the work is performed.”

This new law would ensure that workers are paid fairly for the work they are doing and mandates payroll requirements to ensure that workers are being paid properly. Along with ensuring proper payments to workers the bill provides protections for the state agencies to withhold payment for contractors who fail to meet the prevailing wage requirement and bars them from future contracts.

Senator Feltes (D-Concord), the prime sponsor of SB 271, released the following statement after the vote:

Additional key points in this new prevailing wage law include:

Posting of Wage Scale at Worksite
“A prime contractor awarded a contract for a public works construction project under this chapter shall post the prevailing wage rate scale for that project in an accessible and prominent location at the worksite where it may be freely seen and inspected by all workers employed on the project site, for the life of the contract.”

Three Year Ban For Non-Compliance
“Any contractor or subcontractor determined by the department to have violated the provisions of this chapter shall be ineligible to bid on or be awarded any public works contract or perform any construction work for or with the state of New Hampshire or a state agency for a period of 3 years from the date of the final administrative determination.”

State or Public Works Department Can Withhold Contract Payment If Prevailing Wages Are Not Paid Properly
“A portion of stipulated contract payments may be withheld from the contractor as considered necessary by the department or authorizing agency for the purpose of compensating workers hired to perform work on a public works construction project under this chapter when such workers were paid less than the minimum prevailing wage stipulated in the contract.”

Contractors Can Be Fined Up To $2,500 Per Day For Failing To Keep Payroll Records Or Submits False Records
“Any contractor, subcontractor, hiring agent, or its designated representative who is under contract with the state of New Hampshire or its authorized agent for the execution of a public works construction project under this chapter, who neglects to keep and submit accurate certified payroll records under RSA 280-A:8, or refuses to allow access to the records at any reasonable hour to a person authorized to inspect such records, or knowingly submits false payroll information to the agency administering the execution of the contract shall be subjected to a civil penalty of not less than $250 and not more than $2,500 per violation.  Each day the violation continues shall, with respect to each employee, constitute a separate offense.”